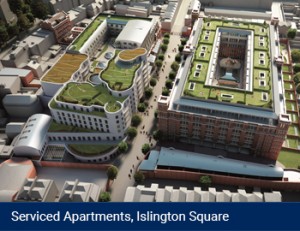 Sale agency on behalf of Sager Group and Cain Hoy in respect of the serviced apartment block which forms part of the major mixed use redevelopment of the former Almeida post office site. The serviced apartments form a self contained block which will provide a total of between 93 -108 units. WsR were appointed to sell the entire block as a single leasehold interest, contracts have now been exchanged on the sale to the Ascott group from Singapore. Completion of the project is anticipated Spring 2018.

Consultancy and sale advice provided to Westminster City Council, WsR negotiated the sale of Air rights and easements on behalf of the Council to enable this major development of 280 apartments by Berkeley Homes. Anticipated completion of this scheme is projected to be summer 2016. 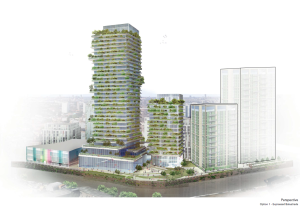 Development consultancy and land acquisition advice being provided by WsR to Kitewood Estates on this outstanding new development site close to Greenwich. The development will provide close to 400 units.

Acting on behalf of Westminster City Council, WsR negotiated the concluding settlement of the overage provisons of this major Thames side development by Berkeley Group’s St James Homes. The original land sale contract was entered into in 2001, however provided for significant further payments during the course of the development.

You need to log in to use member only features.